RCS Member, Tommy Hughes – GM3EDZ was a Council Member of the Scottish Radio & Retail Association. In December of 1962 he was asked by the Council to give a demonstration of the hobby to the Association’s Members. The demonstration was written up in the its trade magazine: 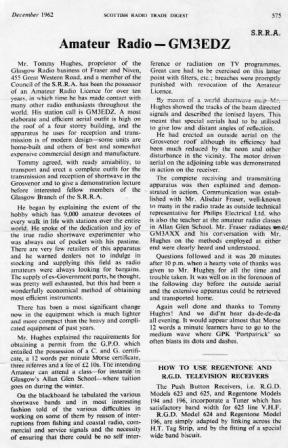 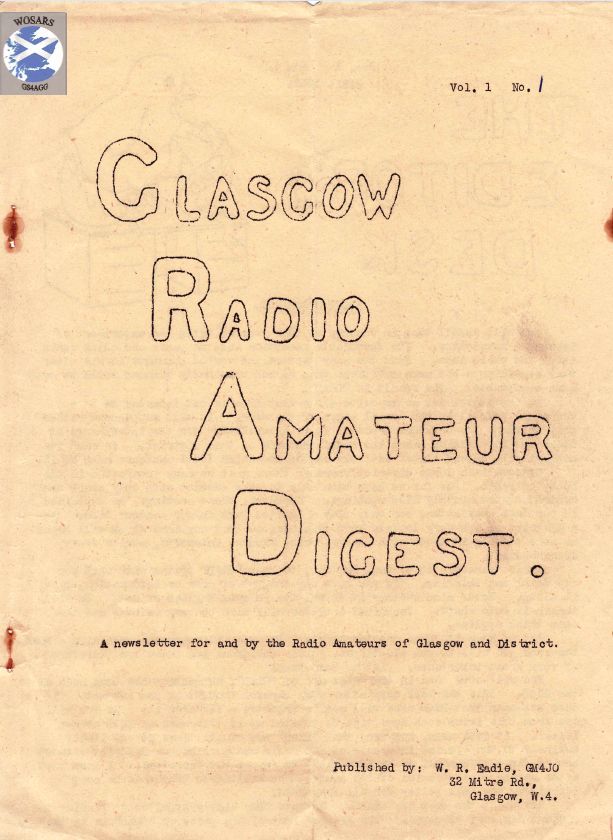 With RCS breaking away from the RSGB it was felt that a new publication should be launched to reflect the amateur radio scene from a ‘Scottish’ perspective?

Since its inception in 1961, Club’s MONTHLY NEWSLETTER had gone from strength-to-strength, with a good supply of articles from members and others.

With a bit of ‘tweaking’ the Newsletter was put on a more structured footing with defined areas of interest and news.

Accordingly it was launched as the GM Magazine – becoming affectionately referred to in GM circles as the ‘GM MAG’!

Following a dissatisfaction with the management of RCS, some members (mainly young)  decided to start up a new club – The West of Scotland Amateur Radio Society – WoSARS, initially meeting at the TA Signals Regiment premises – Jardine Street.

After several aborted attempts to produce a Club Newsletter, the Club was successful in launching the Monthly NEWSLETTER which ‘morphed’ into the successful GM MAGazine with the formation of the RADIO CLUB of SCOTLAND in 1962.

DATE TO BE CHECKED

Following a fire within the Virginia Street complex, the Club itself wasn’t badly damaged but other parts of the building suffered, the owners decided to redevelop the complex. As such the Club was forced to seek new premises. TBAdded

Relocating from the TA – Signals Regiment – JARDINE STREET to VIRGINIA STREET, WoSARS became an Affiliated Society of the RSGB and recognised as such with an accepted constitution.

RCS was officially CONSTITUTED in July 1962. The Constitution was appended to the new ‘GM MAG‘ 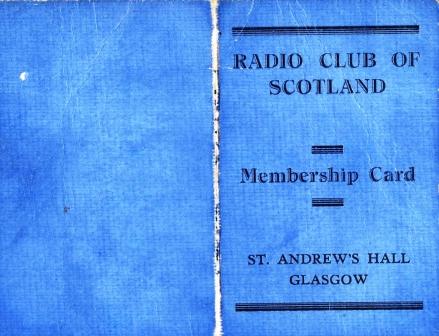 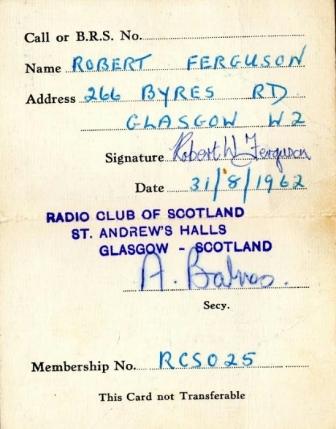 The annual CQ WORLD WIDE contest is the busiest radio contest. Taking part this year the Club was #1 on 21MHz in Scotland. 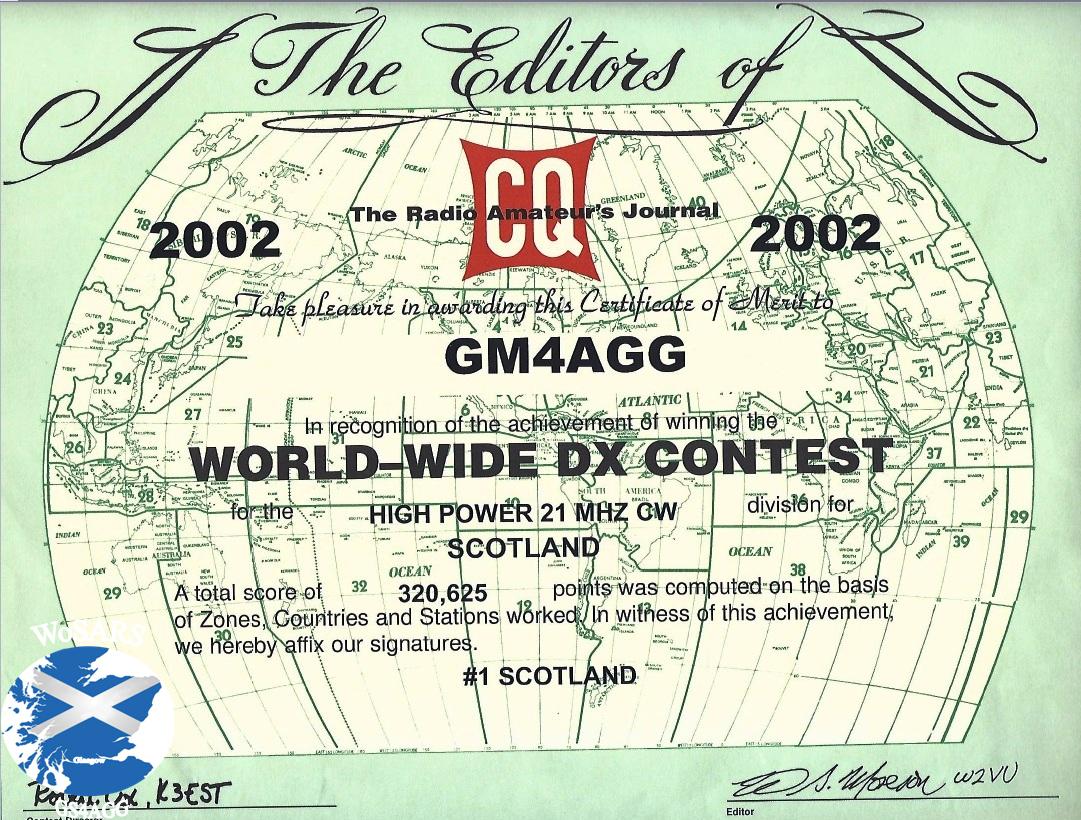