Grote Reber was a Chicago-area engineer and ham radio operator who sought, ——unsuccessfully, to land a job with Karl Jansky after the pioneering radio astronomer’s discovery of radio emission from the Milky Way ………… Read MORE 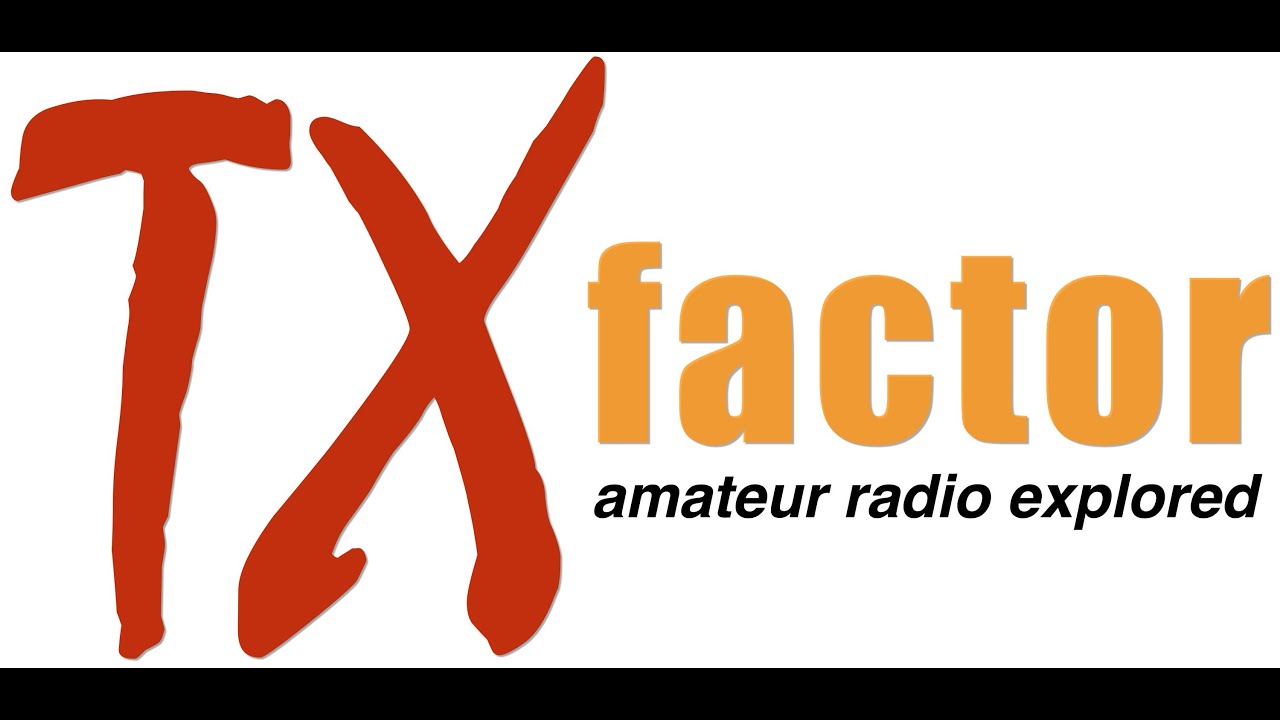 In this latest episode the RSGB’s General Manager Steve Thomas, M1ACB explains how the Society’s positive response to the spring and summer lockdown helped to boost awareness of amateur radio in the UK.Steve stresses the importance of the ongoing work needed to maintain the impetus.

Bob, G0FGX and Mike, G1IAR get to grips with using an RF Shark openSPOT Hostspot for some mobile DMR action.

Bob visits Don Field, G3XTT at his new QTH near Wells to see how the editor of Practical Wireless created some simple antennas to swiftly resume his on-air activities. TX Factor episode 27 is proudly sponsored by the Radio Society of Great Britain and can be viewed at www.txfactor.co.uk.

Eleven schools across the US launched helium-filled balloons carrying amateur radio payloads on October 9. The Smithsonian Air and Space Museum live-streamed the multiple launches. The balloons are trackable via ham radio on APRS (either 144.39 MHz FM or 144.34 MHz FM)…………..

All use of spectrum generates electromagnetic fields.

There are international safety guidelines – developed by the International Commission for Non-Ionizing Radiation Protection (ICNIRP) – that set the maximum levels of EMF exposure for protection of the general public. These levels are endorsed by Public Health England.

Manufacturers, installers and operators of wireless equipment should already be aware of the ICNIRP guidelines and factor them into how they plan their services.

To ensure this always remains the case, we proposed new conditions for spectrum licensees earlier this year. Following consultation, we have now decided to introduce the new licence conditions.

This means licensees using equipment that is authorised to transmit at power levels higher than 10 Watts must operate within the ICNIRP guidelines as a condition of their Ofcom licence – including keeping data and records of any testing to demonstrate their compliance.

While most spectrum licensees should already be factoring the ICNIRP guidelines into their services, we will be launching an online tool (our EMF calculator) to help make it as simple as possible for people to check whether the use of their radio equipment is likely to comply with the guidelines. This will be available on a trial basis initially and we will take account of the feedback we receive before launching the full version.

Alongside our decision to introduce the new licence condition, we have published a consultation covering the updated wording of the condition; our updated Guidance on EMF Compliance and Enforcement; and a trial version of our new online EMF Calculator. We welcome feedback to this by 16 November, after which we will then begin varying the relevant licences to include the new condition. We will also launch our finalised online EMF calculator

We strongly advise you to check with organisers before travelling, as events mentioned here may be affected by fluctuating pandemic precautions. Government regulations are changing rapidly and it is not necessarily the same across the whole of the UK. Above all, please observe all national or local restrictions, including social distancing and wearing face coverings where required.

We start by thanking Andy Hood, GM7GDE for his long service as West of Scotland GB2RS Newsreader on 2m and 70cm. He has now stepped down, which means there is a vacancy for a new volunteer to join the team. You’ll need to be a Full licence holder and a Member of the RSGB. You will also need to be equipped for 2m, 70cm and preferably also 4m, and have a good takeoff covering Ayr to the south, east out to the Lothians and north into Stirlingshire, plus good coverage to the city of Glasgow to the west. In the first instance please contact Steve Thomas, M1ACB, via email to gm.dept@rsgb.org.uk.

We also have volunteer vacancies for RSGB District Representatives in three areas. These are Glasgow Central & Lanarkshire, Ayrshire, Dumfries & Galloway, and Borders. If you live in or close to these areas and would be interested in joining the RSGB Regional Team, please email RR1@rsgb.org.uk for more information.

Viking Amateur Radio Net runs daily from 5 to 6am on 3.770MHz. Details are on group’s Facebook page.

Kilmarnock & Loudoun Amateur Radio Club has a net on Sundays from 2pm around 3.720MHz SSB, moving to around 3.540MHz for a CW net after the SSB net ends. On Tuesday there’s a net on 145.475MHz FM from 7.30pm. Contact Len, GM0ONX by email to Klarcinfo@gmail.com.

Mid Lanarkshire Amateur Radio Society has a net on Sundays from 10pm on 28.475MHz. On Wednesday it’s the DMR Scotland net on TG23550 from 8pm. Friday sees the club Zello chat from 7.30pm, which later moves to 2m. Details are at https://mlars.co.uk.

Wigtownshire Amateur Radio Club has a net on Sundays from 7.30pm on GB3DG, which usually moves to Zoom around 8pm. On Thursdays the net is on GB3DG from 7pm. Members are also invited to join the daily RAYNET net on GB3DG at noon. For details see www.gm4riv.org.

The Glasgow local lockdown means that West of Scotland Amateur Radio Society meetings are presently suspended. . There is a daily Net on  145.425MHz at 11.00am. Wednesday see a Net on 433.425MHz and Friday sees a net on 145.425MHz & Zello from 8pm. Please see wosars.club/radio-nets for details of all known club nets and activities across the region, compiled by RSGB Region 1 Regional Representative Tony Miles, MM0TMZ.

Stirling and District Club is running web presentations live at www.youtube.com/user/GM6NX. There is a net on GB3FE on Mondays from 7pm. For details, email secretary@gm6nx.com.

On Wednesday Lothians Radio Society has a net on 144.350MHz SSB at 8pm. Details by email to secretary@lothiansradiosociety.com.

Inverness & District Amateur Radio Society has a net from 8pm on 145.575MHz and via GB7BI or GB7II slot 1 475 on Wednesday. For details, email InvernessRadioSociety@gmail.com.

The Lomond Club will be using MB7IBH on 144.9625MHz in the Dumbarton area from 7.30pm on Thursday and they will be also connected on EchoLink using the same gateway. More from Barrie, GM4HEL by email to gm0kzx@googlemail.com.

On Friday Strathclyde Park Amateur Radio Club runs a net from 7.30pm on 145.400MHz, and also on the BATC channel from 8pm. Contact Bill, MM0SFB for information.

The situation with the Covid-19 virus is changing rapidly. You should check before travelling that the activities announced here are taking place. This listing is correct as of 12 noon on Friday the 13th of March.

Stirling & District Amateur Radio Society club has a meeting from 10am to 2pm today and next Sunday. Thursday sees a club night. For details, email secretary@gm6nx.com

On Tuesday Kilmarnock & Loudoun Amateur Radio Club has an activity and training night. Contact Len, GM0ONX, via email to klarcinfo@gmail.com

On Tuesday Livingston and District Amateur Radio Society has a training evening. Details from Cathie, 2M0DIB, on 01506 433 846.

On Tuesday Moray Firth Amateur Radio Society has an evening planning the surplus sale. More from Paul, GM8HWZ, on 07967171189.

West of Scotland Amateur Radio Society has its usual Solder Group meeting with a technical evening with licence training. Following on from last Friday’s programme change, this Friday is a Hands-On evening. Details are at wosars.club.

On Thursday Aberdeen Amateur Radio Society is holding the AGM of the Grampian Repeater Group. Contact Fred, GM3ALZ, on 01975 651 365.

On Thursday Lomond Radio Club is having a club night. Detail from Barrie, GM4HEL, by email to gm0kzx@googlemail.com

On Thursday Wigtownshire Amateur Radio Club is having a night on the air. Information from Clive, GM4FZH, by email to info@GM4RIV.org

On Friday Ayr Amateur Radio Group is having a club night. Please check club website for updates or speak to Derek, MM0OVD, on 0744 793 1941.

On Friday Mid Lanarkshire Amateur Radio Society is having a club night, tuition and radio operations. Detail from https://mlars.co.uk/

We start with a reminder that all UK amateurs are required to re- validate their licence with Ofcom at least every five years. If it has been a while since you did that, go to ofcom.org.uk/manage-your-licence or email spectrum.licensing@ofcom.org.uk. The process doesn’t take very long.

Stirling and District Amateur Radio Society club has a meeting from 10am to 2pm this Sunday and next Sunday. Thursday sees a club night. For details, email secretary@gm6nx.com.

On Tuesday Glenrothes and District Radio Club is having a talk on planetary radar. Contact Tam, on 0775 352 6498.

On Tuesday Kilmarnock and Loudoun Amateur Radio Club is holding its AGM. Contact Len Paget, GM0ONX, via email to klarcinfo@gmail.com.

On Tuesday Livingston and District Amateur Radio Society is having a training evening. Details from Cathie, 2M0DIB, on 01506 433 846.

On Thursday Aberdeen Amateur Radio Society is having a construction and on the air night. Contact Fred Gordon, GM3ALZ, on 01975 651 365.

On Thursday Lomond Radio Club is having a club night. Details from Barrie, GM4HEL, via email to gm0kzx@googlemail.com.

Wigtownshire Amateur Radio Club is having a club night on Thursday. For details, email info@GM4RIV.org.

On Friday Mid-Lanarkshire Amateur Radio Society is having a club night, tuition and radio operations. Details are at mlars.co.uk.