Anyone lost a trailer mast?

GB2RS Newsreader stands down after 40 years

We start with a vacancy for a 2m newsreader in the Perth area. Work commitments mean regular newsreader Paul, GM6MEN, will be unable to continue for the time being—until at least May 2021. One, or preferably two, volunteers are needed to take over. Volunteers must have a 2m FM station with good coverage of Perth and the surrounding area, hold a Full Licence and be a Member of the RSGB. If you are interested in joining the team, contact Steve Thomas, M1ACB, via gm.dept@rsgb.org.uk.

Now, before we turn to the events, a reminder to check with organisers before travelling, as events mentioned here may be affected by fluctuating pandemic precautions. Above all, please observe all national or local restrictions, including social distancing and wearing face coverings where required.

The Viking Amateur Radio Net runs daily from 0500 to 0600UTC on 3.770MHz. See the group’s Facebook page for more details.

Mid-Lanarkshire Amateur Radio Society has a net on Sundays from 10pm on 28.475MHz. On Wednesday it’s the DMR Scotland net on talk group 23550 from 8pm. Friday sees the club Zello chat from 7.30pm, which later moves to 2m. Details at mlars.co.uk.

West of Scotland Amateur Radio Society is watching the Tonight @ 8 presentation on Monday.  There’s a daily net on 145.425MHz at 1100hrs, Also 433.425MHz Wednesday’s @ 2000hrs, 145.425 Friday’s @ 2000hrs . See wosars.club for details, where you will also find a list of all known club nets and activities across the region, compiled by RSGB Region 1 Regional Representative Tony Miles, MM0TMZ.

Wigtownshire Amateur Radio Club has a net on Sundays from 7.30pm on GB3DG, which usually moves to Zoom around 8pm. On Thursdays, the net is on GB3DG from 7pm. Members are also invited to join the daily RAYNET net on GB3DG at noon. For details see gm4riv.org.

Kilmarnock and Loudoun Amateur Radio Club has a net on Sundays from 2pm around 3.720MHz SSB, moving to around 3.540MHz for a CW net after the SSB net ends. On Tuesday there’s a net on 145.475MHz FM from 7.30pm. Contact Len Paget, GM0ONX by email to Klarcinfo@gmail.com.

On Tuesday and Saturday, Livingston and District Amateur Radio Society will either have a net or a meeting, as advised by current guidelines. Details from Cathie, 2M0DIB, on 01506 433 846.

On Wednesday, Lothians Radio Society has a net on 144.350MHz SSB at 8pm. Details by email to secretary@lothiansradiosociety.com.

Inverness and District Amateur Radio Society has a net from 8pm on 145.575MHz and via GB7BI or GB7II slot 1 475 on Wednesday. For details, email InvernessRadioSociety@gmail.com.

The Lomond Club will be using MB7IBH on 144.9625MHz in the Dumbarton area from 7.30pm on Thursday, and they will be also connected on EchoLink using the same gateway. More from Barrie, GM4HEL by email to gm0kzx@googlemail.com.

Stirling and District Club is now open for Thursday evening and Sunday morning sessions. There is a net on GB3FE on Mondays from 7pm. There are live web presentations on the club’s YouTube page. For details, email secretary@gm6nx.com.

On Friday, Strathclyde Park Amateur Radio Club runs a net from 7.30pm on 145.400MHz, and also on the BATC channel from 8pm. Contact Bill, MM0SFB for information.

Friday the 22nd November saw the annual Construction Competition take place, and it was gratifying to see so many good ‘technical’ entries:

With a new Club member, Bartek the overall winner. 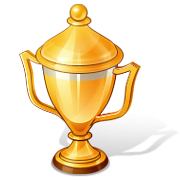 This year the Scoring regime slightly changed – HERE. Although the Categories remained the same, the Points awarded to each was changed to give a possible maximum of 100 Points/Judge.

And to this end, our two Judges on the night were ERNIE – GM0EZP and JOHN – GM0XFK. Thanks ‘lads’!

This year’s standard of construction was high, but as has been said on other Construction related POSTS , it’s not the most technically complex, beautifully built gizzo that will win, as you can see other factors are taken into consideration. So next year please have a go.

Also, there are some more pictures within our PROGRAMME FORUM’s, the CONSTRUCTION COMPETITION Photo Folder.

Finally, it was good to see Paul – MM7AJE (through the generous help of Bartek popping out to Paul’s QTH) able to attend the meeting following his recent ACCIDENT with a Police van. Well done Paul (and Bartek).

From this Sunday to next Sunday, Cockenzie and Port Seton Amateur Radio Club has activity days with the aim of getting on the air and working as many stations as you can in the allotted time period, plus at the same time having some fun. More information from Bob, GM4UYZ, on 01875 811 723.

Edinburgh and District Amateur Radio Club is operating portable in the 432MHz and microwave contests today. The club net is on Monday. Contact Norman, GM1CNH, on 0774 094 6192.

On Tuesday Kilmarnock and Loudoun Amateur Radio Club is having a club night. Contact Len, GM0ONX, via email to klarcinfo@gmail.com.

On Wednesday Glenrothes and District Radio Club meets in Leven at 7pm. More details from Dougie, MM6KNR, via email to dougie@digitalmaker.co.uk.

On Wednesday Inverness and District Amateur Radio Society is having a club night from 7.15pm. Contact John, GM0OTI, via email to InvernessRadioSociety@gmail.com.

West of Scotland Amateur Radio Society has a Solder Group meeting on Wednesday and a hands-on evening on Friday—details are at wosars.club.

On Thursday Wigtownshire Amateur Radio Club is on the air. Contact Clive, GM4FZH, via email to info@GM4RIV.org.

On Friday Mid-Lanarkshire Amateur Radio Society is having a club night with tuition and radio operations. Details from Joseph, 2M0JHY, via email to mlarsclub@gmail.com.

On Saturday Moray Firth Amateur Radio Society has a surplus sale from noon. Details from Paul, GM8HWZ, on 0796 717 1189.

CQScotland.com, funded by the RSGB Legacy Committee and supported by the Mid Lanark Amateur Radio Society, is attending the Braehead Arena Rally today at Tables 14, 15 and 16. Donations of surplus components, books and magazines which will be shared among local community groups would be most welcome. Thank you all for the tremendous support received so far. A current Project Update may be downloaded from www.cqscotland.com.

West of Scotland Amateur Radio Society is at the ASRA Scottish Amateur Radio Rally today. Tuesday sees a talk on satellites from Sputnik to Cubesats. There’s a Solder Group meeting on Wednesday. Friday sees the start of a 3-day trip to Friedrichshafen plus a club night and next Sunday there’s a discussion of the summer programme. Contact Jack, GM4COX, via wosars.club.

On Tuesday Kilmarnock & Loudoun Amateur Radio Club will have an activity and training night. Contact Len Paget, GM0ONX, via email to klarcinfo@gmail.com for further information.

Also on Tuesday Dundee Amateur Radio Club will have a club night with Intermediate training. Nest Saturday and Sunday see activities for Museums on the Air. Contact Martin, 2M0KAU, on 07 763 708 933 for further information.

Firstly on Thursday Aberdeen Amateur Radio Society will have an open discussion. Contact Fred Gordon, GM3ALZ, on 01 975 651 365 for further information.

Secondly on Thursday Lomond Radio Club will have a club night. Details from Barrie, GM4HEL, via email to gm0kzx@googlemail.com.

And fourthly on Thursday Stirling & District Amateur Radio Society will have a club night on and a construction night on Saturday. More information from Jess, MM3RCR, via email to secretary@gm6nx.com.

Cockenzie & Port Seton Amateur Radio Club will take part in Museums on the Air Weekend from Friday to Sunday as GB2MOF at the Museum of Flight, East Fortune. Contact Bob, GM4UYZ, on 01 875 811 723.

And finally on Friday Mid Lanarkshire Amateur Radio Society will have a club night and tuition. Contact Joseph, 2M0JHY, via email to mlarsclub@gmail.com.