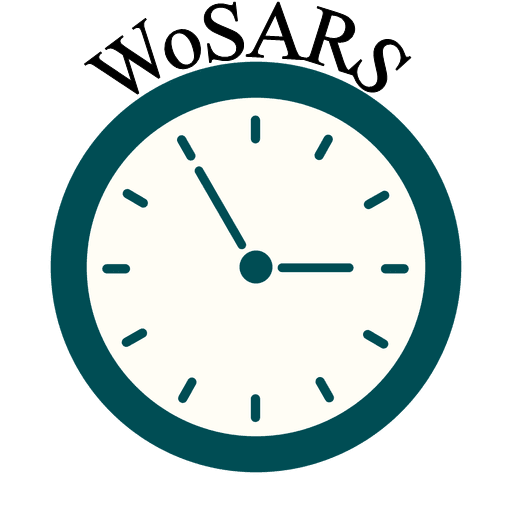 BACKGROUND:  As the title implies, this is a historical record of WoSARS (WOS) and it’s previous incarnations, The Radio Club of Scotland (RCS) and The RSGB Group  (RSG) – listing key events for the Club and it’s Members (and other events outwith the Club that maybe relevant). Entries continue to be added and at present take us back to just after the end of Second World War WWII and beyond. If you have information that you think might improve the accuracy please CONTACT us. Thanks!

In the Autumn of 2005 Ernie GM0EZP took on the onerous task of producing a Newsletter for the Club – THE WAG. Unfortunately like many previous efforts (bar the successful GM Mag ) the endeavour was short lived with only three editions being produced. CLICK The Header to Read More..............READ MORE

When the City & Guilds dropped the RAE (The Radio Amateurs Exam) and the RSGB/RCF took up the challenge, Club members were of the opinion that WoSARS in Rose Street did not have suitable facilities to run training courses and exams. Following on from Ross GM7WED & Eugene G(M)0VIQ’s.............READ MORE

The annual CQ WORLD WIDE contest is the busiest radio contest. Taking part this year GM7OAW, GM0WRR, GM0EZP took the the Club GM4AGG to #1  in  Scotland in the Multi-Single section.

For many years the Kilmarnock & Loudoun Amateur Radio Club, as a precursor to Xmas festivities, ran the ‘Bright Sparks’ Quiznight.  An invite was sent out to all Central Scotland amateur clubs, and WoSARS duly sent a team to represent the Club with varying degrees of success. CLICK the Top.............READ MORE

The annual CQ WORLD WIDE contest is the busiest radio contest. Taking part this year the Club was #1 on 21MHz in Scotland.

To celebrate the GOLDEN ANNIVERSARY of Queen Elizabeth II (First in Scotland) accession to the throne in 1952, The Radio Communications Agency (RA) gave special dispensation for all UK Radio Amateurs & Club Stations (who wished) to temporarily change the prefix of their callsigns with G/MQ (UK Queen). WoSARS duly.............READ MORE

Over the years Scotland has seen the rapid growth in On-shore and Off-shore windfarms. HAGSHAW, located to just west of the village of Douglas, in South Lanarkshire, was one of the first of these major ‘farms’.  WoSARS Club Members were given the opportunity to visit the facility in November 2001..............READ MORE

1990 Glasgow was named as the CULTURAL CAPITAL OF EUROPE. Considering it’s heavy industrial past, this was a great honour for the City, but it was no surprise to many Glaswegians, who were already aware of what it had to offer in the way of museums, galleries, architecture and indeed.............READ MORE

Glasgow has many ‘offspring’ around the World. None more so than many in the USA. And indeed in 1989 Glasgow ‘twinned’ with Glasgow, Kentucky. Getting into the ‘spirit’ of the occasion WoSARS members had been in communication with Kentucky amateurs and organised an event where a representative of GLASGOW.............READ MORE

“This year’s Scottish Amateur Radio Convention, staged by the West of Scotland ARS, attracted record support from traders and amateurs from as far afield as Northern Ireland”

DATE TO BE CHECKED Following a fire within the Virginia Street complex, the Club itself wasn’t badly damaged but other parts of the building suffered, the owners decided to redevelop the complex. As such the Club was forced to seek new premises. TBAdded

Relocating from the TA – Signals Regiment – JARDINE STREET to VIRGINIA STREET, WoSARS became an Affiliated Society of the RSGB and recognised as such with an accepted constitution. (March 2022)”………Thankyou for contacting the RSGB. I can confirm the West of Scotland ARS have been affiliated since 1/10/1970 with continuous.............READ MORE

Jardine Street provide a good stop-gap location for the Club, but it was felt that we needed our own premises within Central Glasgow where we could have a ‘Shack’ and suitable aerials. This we found at Virgina Street, facing onto Virgina Place – very central. CLICK – For Current Google.............READ MORE

December (2020) is the 60th Anniversary  of a well ‘Kent’ beacon in Kent. CLICK above for more info.

A Breakaway From RCS And WoSARS Begins

Following a dissatisfaction with the management of RCS, some members (mainly young)  decided to start up a new club – The West of Scotland Amateur Radio Society – WoSARS, initially meeting at the TA Signals Regiment premises – Jardine Street.

With New Amateur B Licencees, Amateur Licences In UK Exceed 13,000

RCS Member, Tommy Hughes – GM3EDZ was a Council Member of the Scottish Radio & Retail Association. In December of 1962 he was asked by the Council to give a demonstration of the hobby to the Association’s Members. The demonstration was written up in the its trade magazine: CLICK –.............READ MORE

With RCS breaking away from the RSGB it was felt that a new publication should be launched to reflect the amateur radio scene from a ‘Scottish’ perspective? Since its inception in 1961, Club’s MONTHLY NEWSLETTER had gone from strength-to-strength, with a good supply of articles from members and others. With.............READ MORE

The RCS Members Lapel Badge (GM3YTS) RCS was officially CONSTITUTED in July 1962. The Constitution was appended to the new ‘GM MAG‘ The RCS Membership Card (GM3YTS)