Anyone lost a trailer mast?

GB2RS Newsreader stands down after 40 years

We start with a vacancy for a 2m newsreader in the Perth area. Work commitments mean regular newsreader Paul, GM6MEN, will be unable to continue for the time being—until at least May 2021. One, or preferably two, volunteers are needed to take over. Volunteers must have a 2m FM station with good coverage of Perth and the surrounding area, hold a Full Licence and be a Member of the RSGB. If you are interested in joining the team, contact Steve Thomas, M1ACB, via gm.dept@rsgb.org.uk.

Now, before we turn to the events, a reminder to check with organisers before travelling, as events mentioned here may be affected by fluctuating pandemic precautions. Above all, please observe all national or local restrictions, including social distancing and wearing face coverings where required.

The Viking Amateur Radio Net runs daily from 0500 to 0600UTC on 3.770MHz. See the group’s Facebook page for more details.

Mid-Lanarkshire Amateur Radio Society has a net on Sundays from 10pm on 28.475MHz. On Wednesday it’s the DMR Scotland net on talk group 23550 from 8pm. Friday sees the club Zello chat from 7.30pm, which later moves to 2m. Details at mlars.co.uk.

West of Scotland Amateur Radio Society is watching the Tonight @ 8 presentation on Monday.  There’s a daily net on 145.425MHz at 1100hrs, Also 433.425MHz Wednesday’s @ 2000hrs, 145.425 Friday’s @ 2000hrs . See wosars.club for details, where you will also find a list of all known club nets and activities across the region, compiled by RSGB Region 1 Regional Representative Tony Miles, MM0TMZ.

Wigtownshire Amateur Radio Club has a net on Sundays from 7.30pm on GB3DG, which usually moves to Zoom around 8pm. On Thursdays, the net is on GB3DG from 7pm. Members are also invited to join the daily RAYNET net on GB3DG at noon. For details see gm4riv.org.

Kilmarnock and Loudoun Amateur Radio Club has a net on Sundays from 2pm around 3.720MHz SSB, moving to around 3.540MHz for a CW net after the SSB net ends. On Tuesday there’s a net on 145.475MHz FM from 7.30pm. Contact Len Paget, GM0ONX by email to Klarcinfo@gmail.com.

On Tuesday and Saturday, Livingston and District Amateur Radio Society will either have a net or a meeting, as advised by current guidelines. Details from Cathie, 2M0DIB, on 01506 433 846.

On Wednesday, Lothians Radio Society has a net on 144.350MHz SSB at 8pm. Details by email to secretary@lothiansradiosociety.com.

Inverness and District Amateur Radio Society has a net from 8pm on 145.575MHz and via GB7BI or GB7II slot 1 475 on Wednesday. For details, email InvernessRadioSociety@gmail.com.

The Lomond Club will be using MB7IBH on 144.9625MHz in the Dumbarton area from 7.30pm on Thursday, and they will be also connected on EchoLink using the same gateway. More from Barrie, GM4HEL by email to gm0kzx@googlemail.com.

Stirling and District Club is now open for Thursday evening and Sunday morning sessions. There is a net on GB3FE on Mondays from 7pm. There are live web presentations on the club’s YouTube page. For details, email secretary@gm6nx.com.

On Friday, Strathclyde Park Amateur Radio Club runs a net from 7.30pm on 145.400MHz, and also on the BATC channel from 8pm. Contact Bill, MM0SFB for information.

Between Zhao – BG0AUB and Remco – PA3FYM had the second QSO through OSCAR – 100 using an Umbrella antenna at Zhao’s end. 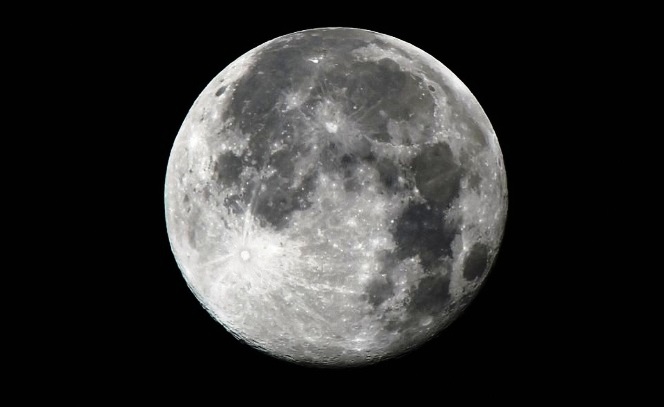