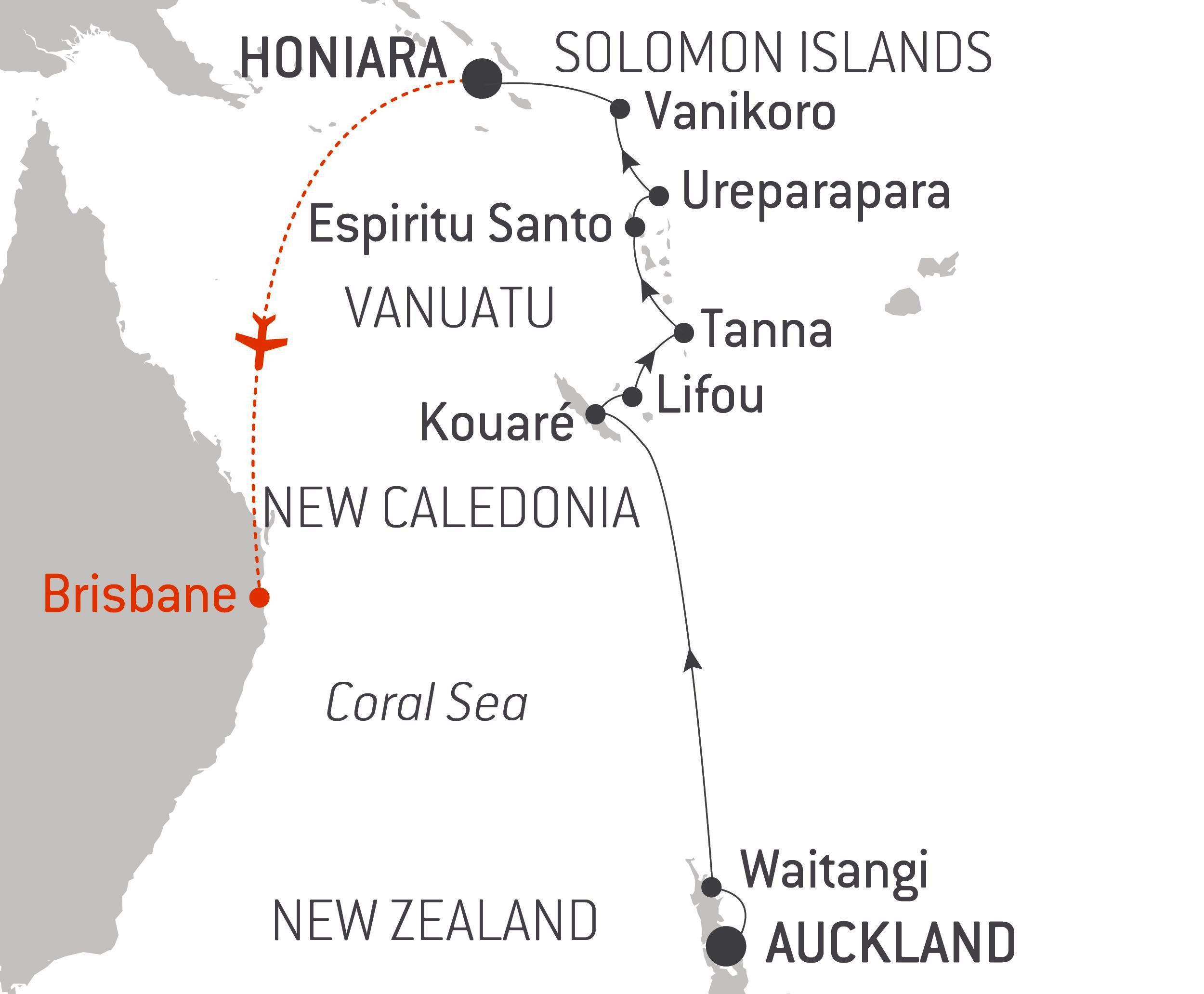 “Calling Mrs Boye on Vanikoro.” So began a message from Japanese forces to Ruby Boye in 1942. What followed was a terse and direct threat for Ruby to discontinue her operations. Over the course of World War II, Ruby Boye operated the radio at VANIKORO in the Solomon Islands as Australia’s only female coastwatcher. Her service warranted a personal visit to Vanikoro by Fleet Admiral William F. “Bull” Halsey Jr, USN, and earned her a British Empire Medal (BEM).
Ruby was born Ruby Olive Jones on 29 July 1891 in Sydney, the fifth of eight children. She was working as a saleswoman when she married a laundry proprietor, Sydney Skov Boye who had previously lived in Tulagi in the Solomon Islands, in Sydney on 25 October 1919.
Skov returned to Tulagi, with Ruby and their son, Ken, in 1928 to take up his old position with Lever Brothers. Their second son, Don, was born shortly afterwards and the two boys would spend most of their school years in Sydney. In 1936 Skov accepted the position of Island Manager for the Kauri Timber Company’s logging operations on Vanikoro in the Santa Cruz group. Vanikoro is a mountainous island surrounded by a treacherous coral reef. There were no roads. The timber logged in the mountains was hauled to the harbour by rail tractors where they were rafted together to await shipping to Australia. Ships would arrive from Melbourne four times a year to collect the logs and at the same time delivered mail and supplies for the loggers. Around 20 Kauri employees, including a radio operator and a doctor, came to Vanikoro from Australia and New Zealand on two year contracts in addition to about 80 islander labourers.
The family lived in the island’s main village, Paeu, on the south-west coast of the island on the southern bank of the Lawrence River where crocodiles were common. A suspension bridge over the river led to the main part of the village as well as the company store, office, machine shop and living quarters for the company’s workforce. 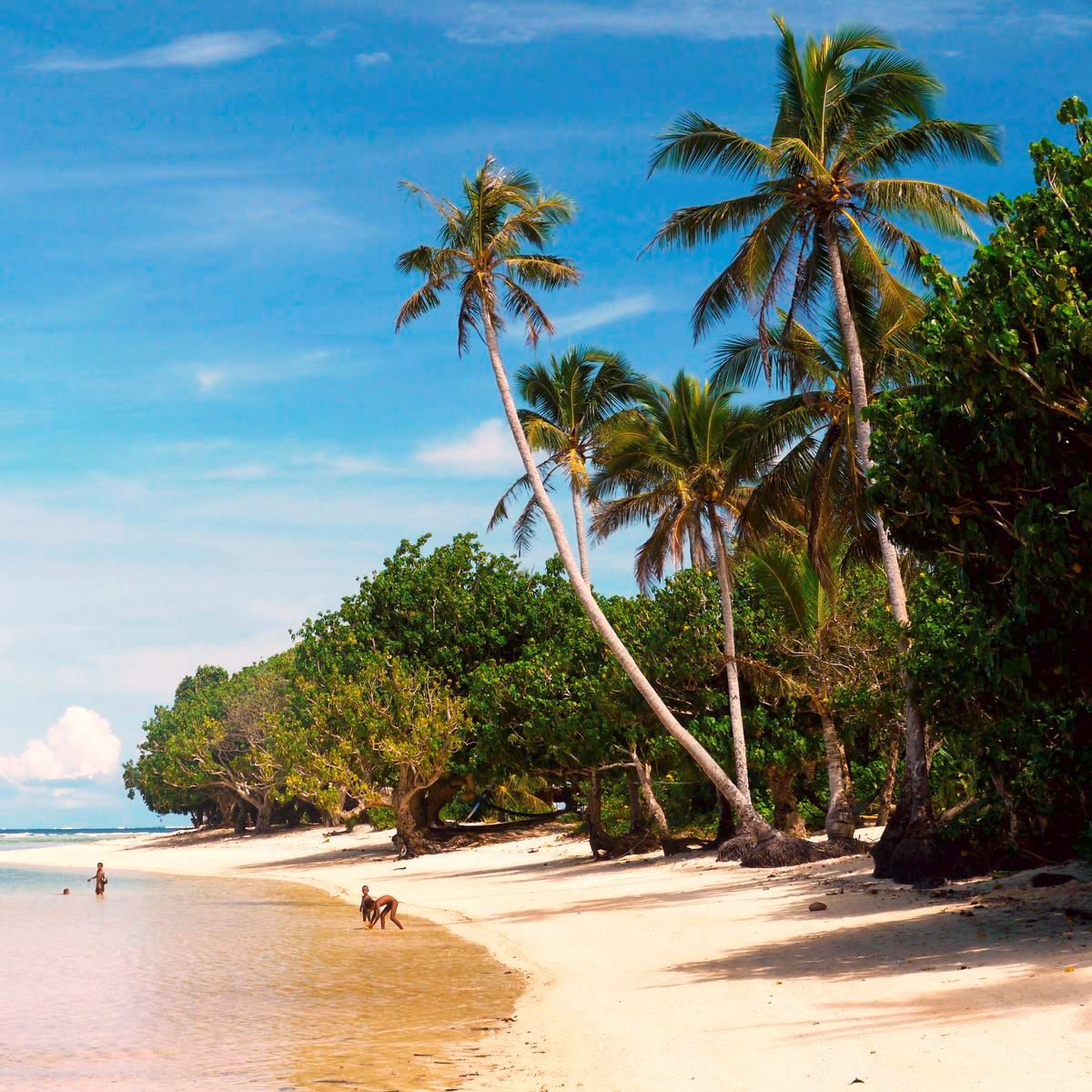 Upon the declaration of World War II, Lieutenant Commander (later Commander, OBE) Eric Feldt assumed responsibility for the naval coast-watching network in the South Pacific. Vanikoro formed part of the network; however, the operator wanted to return to Australia to join the RAAF. He suggested that Ruby could take over the operation of the radio until a replacement arrived. Ruby agreed and so learned how to operate the radio and compile weather reports using a panel of instruments and her own observations. She sent weather reports by voice four times a day, providing vital meteorological information for both ships and aircraft. No replacement was ever sent; there was no need as long as Ruby kept sending her reports. Ken and Don, meanwhile, returned to Australia to stay with relatives.
Timber production at Vanikoro ceased when the Japanese entered the war, and staff and their families left by ship. Skov decided to stay to look after the company’s interests while Ruby considered it her duty to continue operating the radio. With the departure of the doctor, Ruby also took on the responsibility of the health and welfare of the local islanders, many of whom travelled between the islands by canoe and brought Ruby information about Japanese movements and dispositions.
It was a courageous decision. Ruby was 50 and Skov was older, and they were the only non-Solomon Islanders left on the island. If the Japanese did invade the island, and Vanikoro was in a precarious position, they were defenceless. They received supplies infrequently and were often short of rations. No mail, newspapers or magazines were delivered, and the radio was strictly for intelligence use only. Ruby only ever received three personal messages over the radio; to advise her of the deaths of her father, mother and a sister.
Ruby initially directed her reports to Tulagi but when it fell to the Japanese in May 1942 she was directed to send her reports to Vila in the New Hebrides (Vanuatu). It was at this time in early 1942 that Ruby received the first of several threatening messages. One of her fellow coast-watchers, listening on the same frequency, responded to the Japanese operator “in language which they wouldn’t repeat to a lady.” For her part, Ruby remained unperturbed; “I felt just a little bit queer when I heard that voice but somehow I felt he was bragging… The mere fact that I was annoying them sufficiently to have them warn me off was somewhat gratifying.” Shortly afterwards Ruby’s radio was changed to a different frequency and she was instructed to transmit only in Morse Code, which she had taught herself. 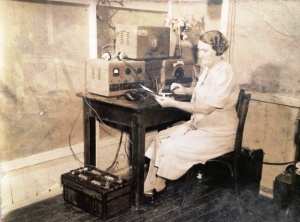 As civilians, coast-watchers were advised to cease their operations and evacuate as the Japanese advanced into their territory. The vast majority of them, like Ruby, chose to continue their activities in the knowledge that capture could result in their execution. In March 1942, following the execution of an elderly planter, the coast-watchers were given ranks or ratings, mostly in the Volunteer Reserve, in the hope that this would provide them some protection in the event of capture. From 27 July 1943 Ruby was officially appointed an honourary third officer in the Women’s Royal Australian Naval Service (WRANS). Her uniform was later air-dropped to her. The US Army also offered Ruby’s little outpost official recognition as 3rd Army Outpost. Those appointments would, in reality, offer Ruby little protection if she ever were captured. She and Skov agreed that if the Japanese ever did land on Vanikoro they would head into the jungle and, if it came to it, take their own lives rather than be captured. Ruby also provided a vital intelligence link in the South Pacific and often relayed messages from other coast-watchers when they were unable to reach the US base at Vila. She is credited with passing on vital information during the Battle of the Coral Sea, as well as from Leyte and Guadalcanal.
Japanese reconnaissance planes were often heard overhead and on one occasion during the night, lights were seen and boat engines were heard around the reef lasting for around four hours. Ruby believed that the Japanese were trying to find the entrance to the harbour but abandoned their attempt to land when they were unable to do so. For safety reasons it was decided to move the radio equipment across the river away from the Boye’s home. After the suspension bridge across the Lawrence River collapsed, Ruby had to make the journey to the radio shack across the crocodile-infested river by punt and through ankle-deep mud four times a day.
In 1944 a Catalina flying boat refuelling station was established on the island. This meant an improvement in conditions for Ruby as supplies were delivered on a more regular basis; however, the station was also a target for Japanese air raids which occasionally damaged aircraft and tenders in the harbour.
Such was the appreciation for Ruby’s efforts that Admiral Halsey personally called on her at Vanikoro. He arrived in a flying boat and a small group of officers came ashore to be met by Skov. Halsey introduced himself; “Name’s Halsey. Not stopping for long, just thought I’d like to call in and meet that marvellous woman who runs the radio.” Halsey told Ruby that he was “playing hookey” by visiting.
It was around this time, in 1944, that Ruby developed shingles and Halsey arranged for a USN Catalina to fly her to Sydney for treatment. Four US servicemen were assigned to take over the operation of the radio during her convalescence; four men assigned to do the work that Ruby had been doing on her own. After three weeks in Australia, she re-joined Skov at Vanikoro and resumed her coast-watching duties.
As the Japanese were slowly pushed northwards, the Americans withdrew from Vanikoro in 1945 but Ruby diligently continued her work until until the news was received, via her tele-radio, that the war was over. The Kauri Timber Company resumed logging operations after the war and Ruby was officially employed as secretary to the manager while continuing to send weather reports to the Bureau of Meteorology. Ruby was presented with her BEM in 1946 in a ceremony in Suva.
In 1947 Skov fell ill and both he and Ruby returned to Sydney in August for diagnosis and treatment. Two weeks after being diagnosed with Leukemia, Skov passed away. Ruby briefly returned to Vanikoro to finalise affairs there before returning to Australia for good.
Ruby married Frank Jones in 1950 and took on the name Boye-Jones; but 11 years later, Frank too passed away. Ruby lived alone at her Penshurst home for the next thirty years before moving into a nursing home at the age of 96. She remained active and enjoyed the company of a vast network of friends and family. In her own words; “Age is a matter of mind and if you don’t mind, it doesn’t matter.” The then Chief of Naval Staff, Vice Admiral Mike Hudson, wrote to her on her 98th birthday saying; “Your name is synonymous with the finest traditions of service to the Navy and the nation. We have not, nor will not, forget your wonderful contribution.”Ruby passed away on 14 September 1990, aged 99. An accommodation block at the Australian Defence Force Academy, Canberra, is named in her honour, and the Ex-WRANS Association has dedicated a page to her in the Garden Island Chapel Remembrance Book.
Author: Petar Djokovic RAN Semaphore series.
https://www.navy.gov.au/…/public…/semaphore-calling-mrs-boye