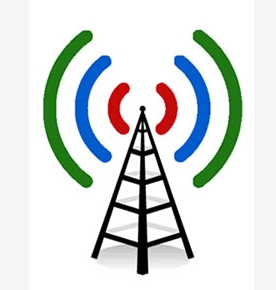 “No one could comprehend how it could be done. If you stand on the Cornish coast, facing towards North America, because of the curvature of the earth, there is in front of you a wall of water 100 miles high“

A hundred years ago this week, Guglielmo Marconi sent the first radio signals across the Atlantic – or so he claimed. Laurie Margolis on the historic moment that may never have happened

It goes down as one of the great moments in science, along with Newton’s apple and Fleming’s mouldy dish of penicillin: and all it amounted to was three sounds – click-click-click.

The time was 12.30pm on December 12 1901, at SIGNAL HILL, a gale-swept cliff on the Newfoundland coast. Some 2,200 miles away, at Poldhu in Cornwall, it was 4.30pm, dusk. There, on the southwest coast of England, was a radio transmitter, the most powerful then built, sending groups of three Morse code dots, repeated over and over – the letter S. There is nothing special about S, other than that it comprised only dots. There were fears that anything longer – a dash – might cause the transmitter to break down.

It is the scene in Newfoundland that requires analysis. It shouldn’t have been Newfoundland. The North American end of the experiment was to have been sited at Cape Cod, but dreadful weather had destroyed a huge aerial system built there. So at short notice, on that clifftop, in a hut, were two men – the Italian Guglielmo Marconi, and his assistant George Kemp. They had what passed in 1901 for a state-of-the-art radio receiver connected to a makeshift aerial – 500 feet of wire supported by kites.

Marconi and Kemp waited for three days, their ears battered by atmospheric noise. Picture the scene – Marconi, a 27-year-old Italian-Irishman, brilliant, handsome, well born, a bit flash, ambitious; and Kemp, an ex-petty officer, an assistant chosen for loyalty and workshop skills rather than for academic ability, one of life’s NCOs.

They knew what they hoped to receive: three clicks. And this is extremely important. At 12.30pm, Marconi became convinced he could hear the signal. According to a Science Museum specialist, Keith Geddes, Marconi handed his earphone to Kemp. “Can you hear anything, Mr Kemp?” he demanded. Kemp confirmed that weak but unmistakable signals could indeed be heard. Marconi’s notebook records simply: “Sigs at 12.30, 1.10 and 2.20.” Marconi and Kemp had successfully received the first radio signals ever to cross the Atlantic ocean. It was a massive moment; everything in telecommunications followed on from that click-click-click.

Except that it may never have happened?

It could have been imagination. It could have been made up. Or something may have taken place, but not what Marconi planned. It is one of science’s great unsolved mysteries. The controversy – did Marconi really hear that signal? – rumbled away from the start. Today’s centenary has resurrected all the doubts.

Pat Hawker, a writer for the Radio Society of Great Britain’s journal, Radio Communication, says: “Many radio-propagation experts are convinced that whatever clicks Marconi and Kemp heard on that windy Newfoundland cliff, they could not have originated from the three dots automatically transmitted from Poldhu.” The late Gerald Garratt, a top man at the Science Museum in the 1970s, wrote: “The story has been described by many, competent to judge, as ‘a hoary old myth’, and certainly, when one examines the undoubted facts, Marconi’s claim does seem to be quite incredible.” Dr John Belrose, of the Communications Research Centre in Canada, says: “There are those who say he misled himself and the world into believing that at mospheric noise crackling was in fact the Morse code letter S.”

So why the doubts? Guglielmo Marconi was the issue in 1874 of an Italian aristocrat and an Irishwoman, Annie Jameson, from the whiskey family. Marconi was a dilettante but also a fine craftsman who loved physics. In 1894 he sent a signal a few yards. A year later he managed more than a mile. He took his findings to the Italian authorities, who were supremely uninterested, arguing that the telegraph, using wires, could already send signals long distances.

Annie Marconi was ambitious for her boy and took him to England, figuring that the world’s premier maritime power would appreciate a communications system without wires. She was right. Marconi, barely in his 20s, thrived in England.

There are parallels between the internet explosion of the 1990s and the radio boom of the 1890s. Both were new technologies, little understood, but about to emerge with unpredictable force. Marconi realised that if he could make radio work, he could make a fortune. He progressed fast. In July 1896 he sent signals a mile over central London; by September, two miles across Salisbury Plain. By May 1897, Marconi was transmitting across the Bristol Channel; in December that year from the Isle of Wight to a ship in the English Channel. He registered a business, which became Marconi’s Wireless Telegraph Company Ltd. How poignant that commercial disaster should befall the Marconi company precisely 100 years on.

Marconi, by now enjoying celebrity, linked Queen Victoria’s Isle of Wight home, Osborne House, and the royal yacht lying off Cowes, so that Victoria could monitor the health of the convalescent Prince of Wales. In 1899, he set up a circuit between the French resort of Wimereux and Dover. This worked well. The Wimereux signals were heard clearly in Chelmsford, 80 miles away. This was hugely important: for the first time, radio signals went way beyond a line-of-sight path.

The mechanism for this was unknown in 1899, and still has something of the magical about it. Just how does an ordinary short-wave signal, using the power of a light bulb, cross the globe? The answer is the ionosphere, a zone of the atmosphere 50 miles up. The ionosphere bounces short-wave radio energy across the world by bending signals back to earth.

By 1900 the new company was under financial pressure. In typically flamboyant style, Marconi went for the most dramatic gesture possible. He would transmit across the Atlantic. The scale of his ambition was fantastic. The longest radio contact so far had been 80 miles. Marconi was going for 2,000-plus miles. The scientific world, and his business associates, were stunned. No one could comprehend how it could be done. If you stand on the Cornish coast, facing towards North America, because of the curvature of the earth, there is in front of you a wall of water 100 miles high. How could anyone get a radio signal over that?

And so to December, 1901, and whatever did or didn’t happen. Marconi built a massive aerial at Poldhu. It was destroyed by gales and a more modest system was substituted. 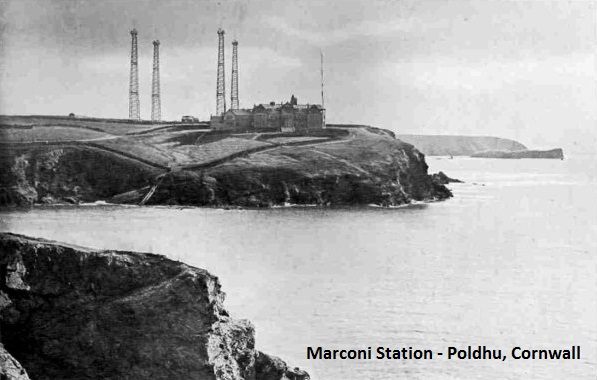 The receiving aerial on Cape Cod was also blown down, and the site in Newfoundland had to be established. The transmitter in Cornwall was a beast of a thing, generating thousands of watts of power. The receiver in Newfoundland was crude in the extreme.

The major obstacle to accepting Marconi’s achievement lies in an understanding of radio propagation. Sure, the ionosphere can easily aid signals across the world on short wave. The problem is that, as far as can be judged, Marconi’s equipment was transmitting in what we now know as the medium wave, or the AM broadcast band, between about 500 and 850 kilohertz. Now, even medium-wave signals can go long distances – but only at night. On a daylight path – and it is absolutely crucial that the Cornwall-Newfoundland path was entirely in daylight – medium-wave signals fade quickly. It is defying credibility to suggest that Marconi could have got his signal from Cornwall to Newfoundland on the medium wave in daylight, however powerful his transmitter or huge his aerials. Mathematical analysis says it is impossible. The later reception reports, at 1.10pm and 2.20pm Newfoundland time, are slightly more believable, as the transatlantic path edges into darkness, but still implausible.

So what happened? No one has ever suggested that Marconi and Kemp lied, though certainly they had motive and opportunity to make it up. There were no independent witnesses. Marconi had good financial reason to hype his achievement. On occasion, people close to a major breakthrough have fabricated success. But Marconi’s honesty has never been impugned, and Kemp’s rather stolid NCO qualities make it unlikely that he would have gone along with a massive fib.

Could they have imagined it? Possibly. They knew what signal was coming. The experiment would have been so much more impressive if the message had been unknown or random, a double-blind test. There would have been atmospheric noise and electrical hash. Might Marconi, willing success, have hallucinated three clicks in all that racket? His reputation was on the line. And people who want to hear things sometimes hear them even if they aren’t really there.

But there is another explanation, a technical one that exonerates Marconi from fabrication or imagination. It lies in the simplicity of the equipment. Modern radios need three qualities; sensitivity, the ability to hear a signal; stability, the ability to stay on the required frequency; and selectivity, to sort out the wanted signal from all the other radio rubbish. Marconi’s gear had little of any of these. His receiver may well have been picking up a large chunk of the radio spectrum, not just the frequency he intended. Likewise, his transmitter, though theoretically broadcasting in the modern-day medium-wave band, may well have been blasting away across a wide range, generating harmonics and spurious transmissions on much higher frequencies.
It is possible that, entirely unknown to him, Marconi was using a short-wave frequency well above the medium wave. This part of the spectrum was terra incognita in 1901, but was soon found to allow easier long-distance coverage. So maybe Marconi and Kemp really did hear the Ss, but with their equipment transmitting and receiving on quite unexpected frequencies.

Even if Marconi wasn’t quite there in 1901, he was thereabouts. Within a year he had established reliable communication with ships over 2,000 miles away, albeit at night. By the 1920s the Marconi Company linked the entire British empire by radio.

Marconi’s later years were troubled. In 1923 he returned to Italy and joined the fascists, to the delight of Mussolini. He sought a messy marriage annulment and suffered heart trouble. In 1935 he was banned from the BBC by Sir John Reith – a bitter irony for the founder of broadcasting. When he died in Rome in 1937, radio stations the world over went silent for two minutes in tribute.