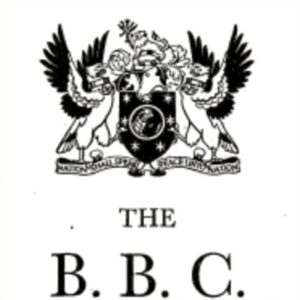 The British Broadcasting Company (Ltd), under the chairmanship of Lord Gainford, was formed in October 1922 to set-up a broadcasting system as outlined in a plan sanctioned by the Postmaster General in May 1922. This allowed eight areas of Britain to have a local transmitter of a power of 1.5kW.  From this original scheme, the BBC developed the network of high power stations that became so familiar.

Of course, these initial callsigns where not prefixed with (G), which was introduced in the 1930’s covering UK callsigns.

Interestingly 5SC was not the first station to provide ‘Broadcast’ facilities in the Glasgow area.

2BP was the call-sign of Scotland’s first broadcast radio service, which was broadcast for a temporary period between Wednesday 24 January and Saturday 3 February 1923, by the Marconi Company and the Daimler Motor Company. For more information checkout this Website for more information about 2BP:

And for more information about The BBC Ltd, checkout: